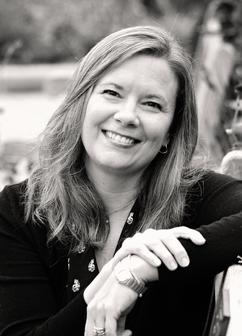 A Cleveland, Ohio native, I earned a Bachelor's Degree in English / Creative Writing from Miami University in Oxford, Ohio.  After a short stint as a location scout for Candid Camera, I pursued a decade-long career in television production, with highlights including: producing Cincinnati's first-ever early-morning newscast, serving as script supervisor on numerous local and national television commercials, producing home and garden segments for the Do-It-Yourself Network and eventually creating, writing and producing a regional Emmy-nominated documentary film about two mid-century-modern architects for public television called A Hillside Firm. While working in production, I began building my freelance writing portfolio as well, penning everything from cover stories in Cincinnati Magazine to a ghost-written column in the Cincinnati Enquirer and educational resources and website content for PBS.

Today I live in southwest Ohio and continue my work, mainly in print journalism, for clients like America Magazine,Chicago Magazine and the Cincinnati Business Courier. I am also a Contributing Editor for Cincinnati Magazine, where my interview subjects have ranged from world-famous architects to heroin addicts, a Pulitzer-prize-winning holocaust survivor, skate rats, an orchestra conductor, victims of human trafficking, a horror writer, and a roller-derby queen. I write on a highly diverse range of people and topics, and enjoy telling stories that introduce readers to people, places and ideas they might not otherwise know.

In 2020, I won both the Cleveland Press Club's General Magazine Features award and the Cincinnati Society of Professional Journalist's Best Magazine Story award for my feature on a Covington, Kentucky family that triumphed after a vicious, nationwide social media-orchestrated attack following the January 2019 Nicholas Sandmann / CovCath / March for Life incident in Washington, D.C.  To date, I am the only feature writer in the world who was granted access to any of the families involved in that event.